Olympic Throughout the Years 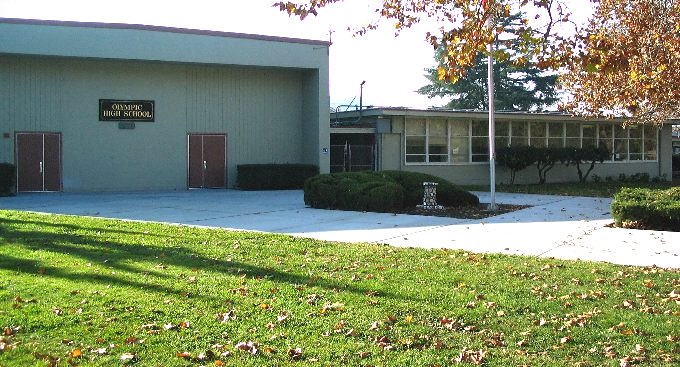 Olympic High School has been in existence since 1965 serving the Mt. Diablo Unified School District as one of the largest continuation high schools in California.   Originally housed in the Concord United Methodist Church classrooms on West Street, Olympic moved to its present location in September of 1974.  The present location of Olympic once housed Concord Elementary School, one of the first elementary schools in the community.  Consequently, the front of the school appears very similar to other elementary schools in the district.

Rumor has it that when Olympic opened its doors in 1965, the founding principal, Jack Donovan, solicited the input of the students to come up with a name for the school.  They wanted to call it Coors High School.  That of course would not have been approved so they next tried Olympia High School.  A compromise was struck and the name Olympic was chosen.  Of course this makes perfect sense since Olympic brings together students from all of the comprehensive high school in the district sharing a common goal of graduation.   Is the story true?  Nobody really knows for sure but someone once said, "When the legend becomes fact, print the legend."  So there you have it.

In an attempt to preserve Olympics' rich history, you will find links on this page to many of the events and people that have made Olympic a very special place over the years.  At this time they are presented in no specific order.