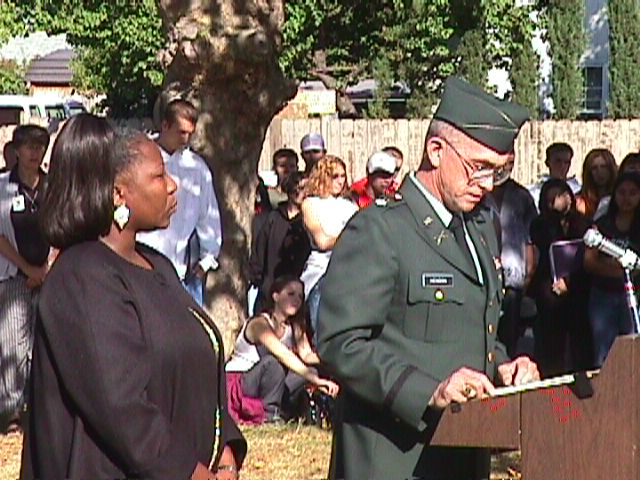 On September 14, 2001 the staff and students of Olympic and Alliance High Schools gathered to remember the victims of the September 11th tragedy.  The solemn ceremony was led by Olympic's JROTC Commander, Lt. Col. Russ Hendon.  The Olympic family was joined by many of the school's neighbors who live in the surrounding area, City of Concord employees, as well as former staff. 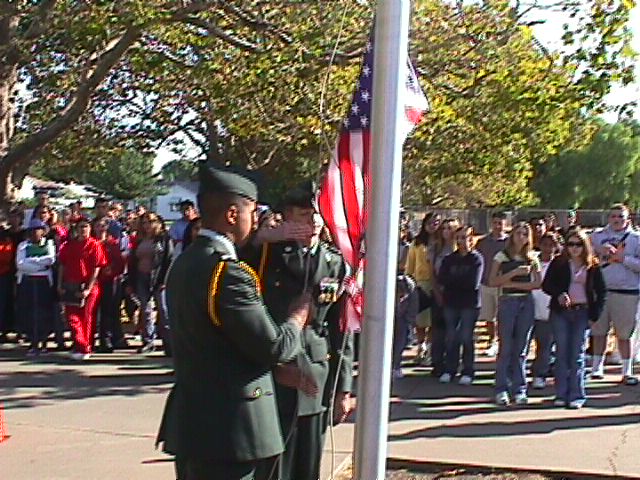 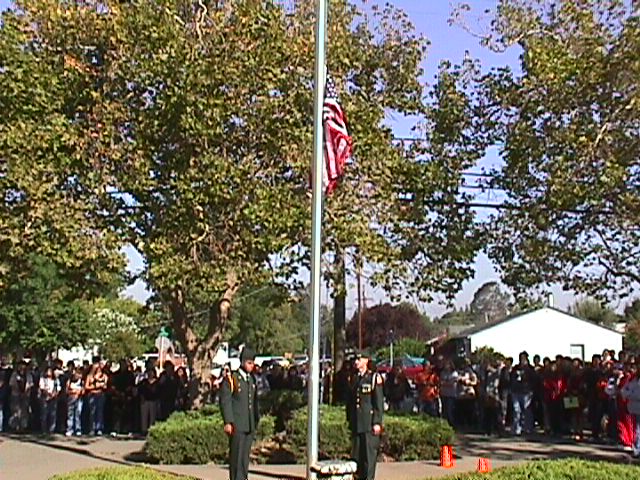 JROTC Cadets Jack Ferguson and Jeremy Lopez had the honor of raising the American Flag.  As the students and staff looked on in silence, the flag was raised to the top of the flag pole and then lowered to half staff. In memory of those who lost their lives, a moment of silence was observed followed by the playing of taps. 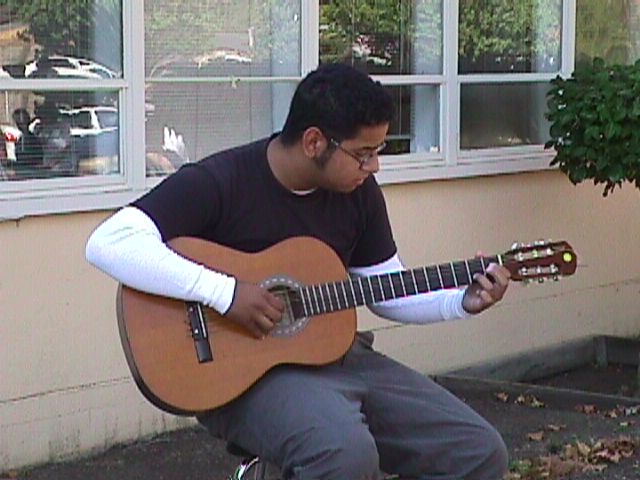 Ruben Castillo, a student at Olympic, played and sang the Eric Clapton song, 'Tears In Heaven'.  His rendition was very moving and appreciated by all. Following the song, Jerry Zimmerman Olympic/Alliance High School psychologist, spoke about the victims and their families and suggested that any interested students could visit the library wall where a large banner-sized poster was placed.  He urged students and staff to write to the families of the tragedy and indicated that the banner would be delivered to Mayor Rudolph Giuliani in New York.

There were many heartfelt notes written on the banner and below are just a few of the feelings that the students expressed. 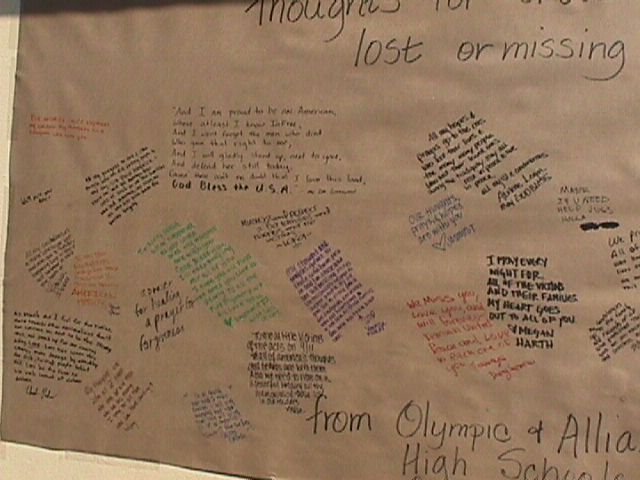 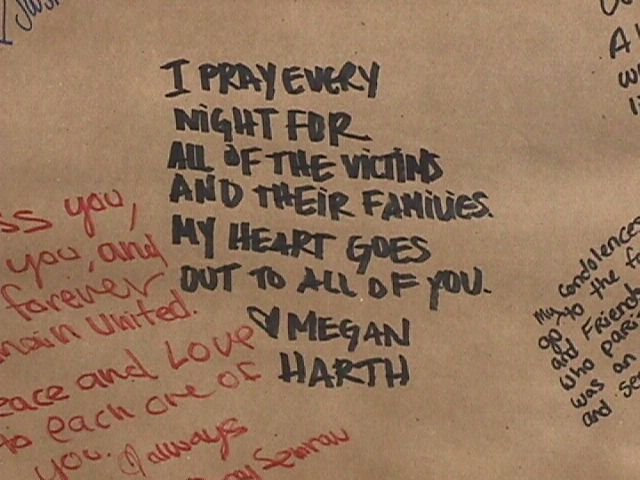 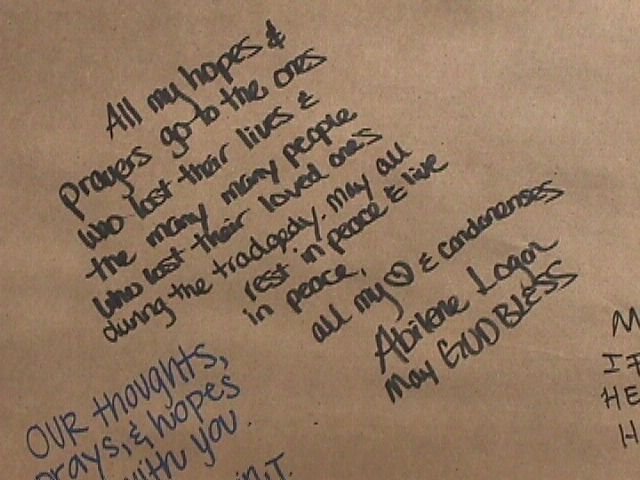