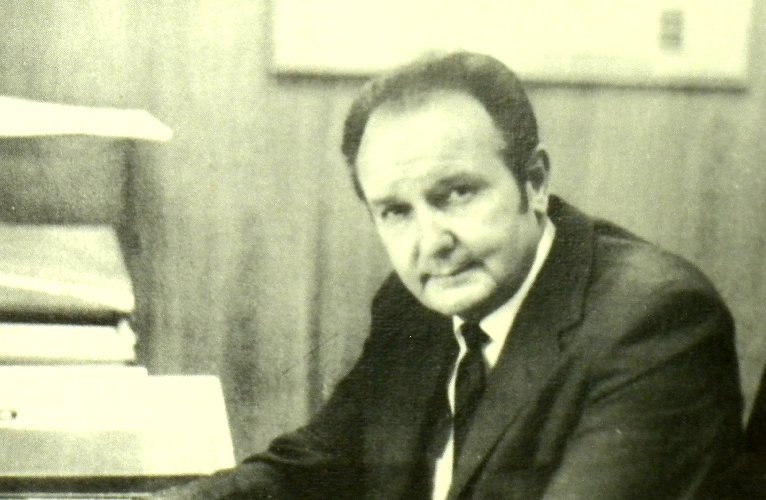 Jack was born to John Joseph Donovan & Theresa McMahon, in Philadelphia, PA. His family moved to Oakland, CA. when he was 11 months old. He graduated from Castlemont High in 1939 and joined the Marines at 18. He was a sea going Marine stationed on the battleships U.S.S. West Vir­ginia and U.S.S. Maryland in 4 major battles in the Pacific, and a Pearl Harbor survivor.   He was proud to be a Marine.

At the end of the war, Jack attended San Jose State, Stanford University and UC Berkeley. He began teaching at Pacifica High School where he organized a wrestling program that introduced wrestling to the Mt. Diablo School District. He became a counselor at Clayton Valley High and later Dean of Boys at Ygnacio Valley High School.

His dedication to educational opportunity for all students led to Jack’s final position with the Mt. Diablo School District as the founding Principal of Olympic High School. He had enthusiastic, innovative, caring teachers and staff who helped to make Olympic High a success, and he greatly appreciated their dedication to their students.

Jack retired in 1981. Reading was a pleasure for him. He enjoyed music, camping, traveling, cabinet making, and spending time in the mountains. Thoughtful, creative and dedicated, Jack always looked for ways to help his children and their families.

As a grandfather, Jack continually thought of how to enrich his grandchildren’s lives. A lover of history, nature, and geography, with a sharp intellect, exceptional memory and subtle humor we could always count on him to answer our questions.

Jack is the much loved husband of his wife of 63 years, Marjorie, treasured father of Nancy, Joan and Jim Donovan, devoted grandfather of Molly, Brian, Megan and John Donovan and favorite uncle of Judy Such.

Strong, courageous, and a committed family man, he will be forever in our hearts.

A Mass celebrating the life of Jack was held on Saturday, October 16, 2010, at St. Agnes Catholic Church in Concord. 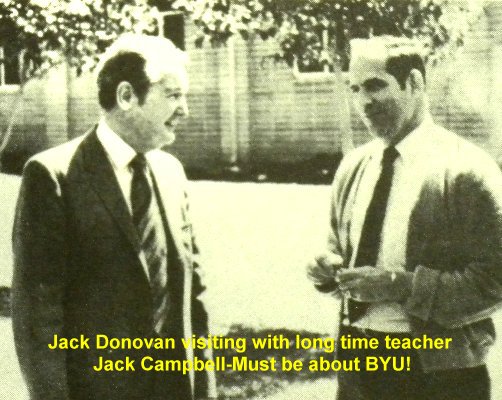 Jack Donovan was honored in 1974 by the students of Olympic High School who dedicated their first Yearbook to him.  Their dedication reads as follows:

We the students of Olympic High School would like to dedicate our first yearbook to you, Mr. Donovan, a man who has made a lot of things happen here at Olympic, including this yearbook.  We feel, without you, Olympic would not be the kind of place  it is.

Mr. Donovan was born in Philadelphia, Pennsylvania, and raised in Oakland, California.  He went to Castlemont High School in Oakland.  After graduating he worked in Oakland, then joined the Marine Corps.  During his five years in the service he became interested in the attitudes of young people toward learning.  When he came out of the service he worked to save money to go to college.  He then enrolled in San Jose State College, majoring in physical education and minoring in History.  After graduating he went to work in Marin County; he also taught in Berkeley.  He then came to the Mt. Diablo Unified School District;  it was here he became more interested in counseling.  In this school district he worked in the fields of social studies, industrial arts, mathematics, as a coach, counselor, head counselor, and dean of students.  He went to Stanford University to earn his Masters Degree.

In 1965 after attending meetings about starting a continuation school in the Mt. Diablo district, he applied for and was appointed principal of Olympic High School.

He has many outside interests; he enjoys camping, fishing, sports, reading, and spending as much time with his family as possible.  He is married and has three children.

We thank you Mr. Donovan for all you have done to make Olympic and our yearbook a success. 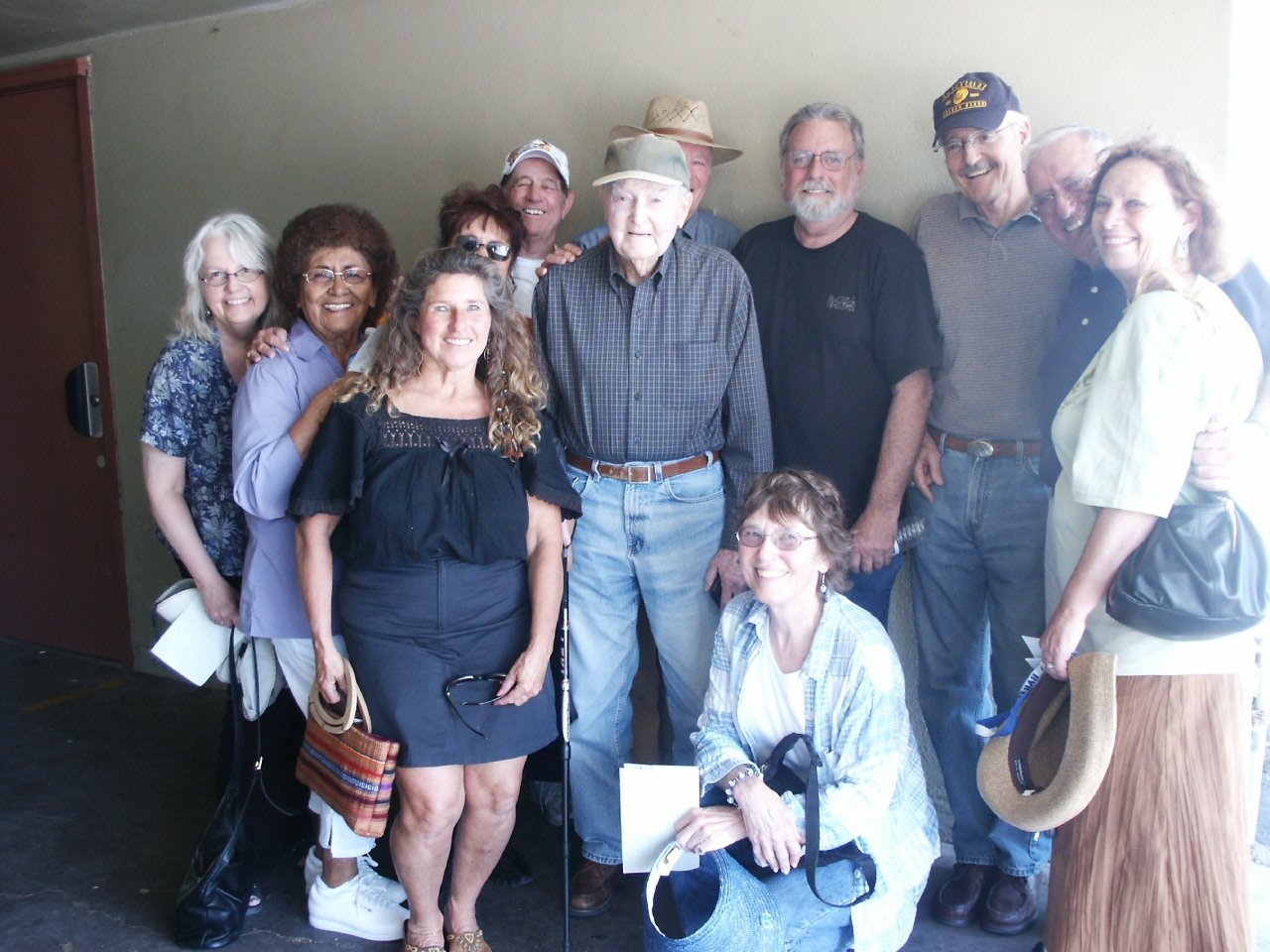 Jack Donovan center, on the occasion of the dedication ceremony for Annie Nolan and Skip Weinstock - April 22, 2009