Those of you who have visited our campus are certainly aware of all of the new construction that is going on.  One year ago, the old buildings housing rooms 8 - 10 and 13 - 15 were leveled to make way for brand new classrooms and a state of the art technology center.   The district's expectation that the construction would be completed by December, 2008 has been realized.  Teachers will be moving into their new classrooms during the winter break and the rooms are expected to be available when students return to school on January 5, 2009.  Below are some photos of the recent construction.  Below the photos are 3 time lapse files showing how the buildings are put in place and connected.....thanks to Tim Cody for sending them to us. 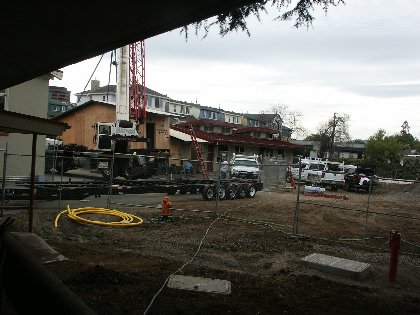 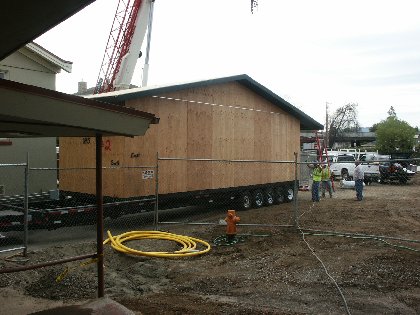 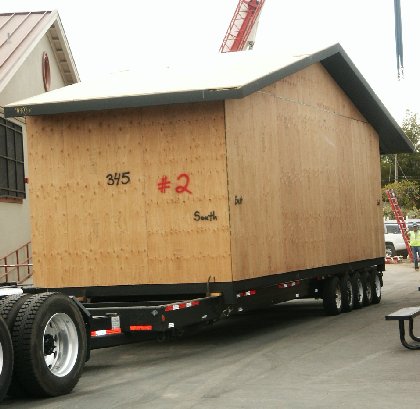 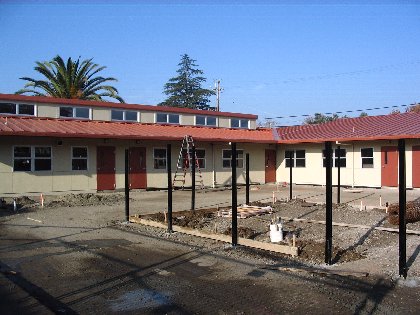 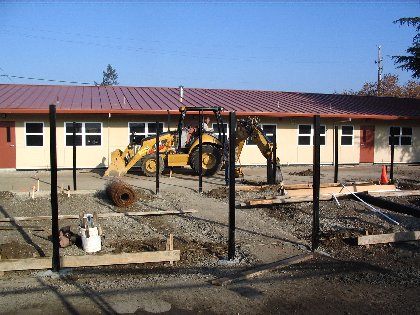 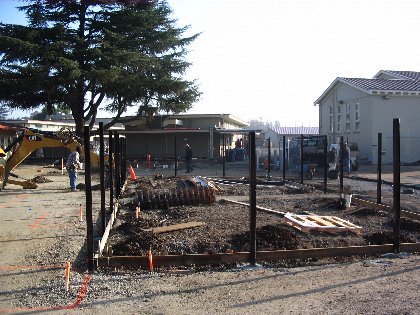 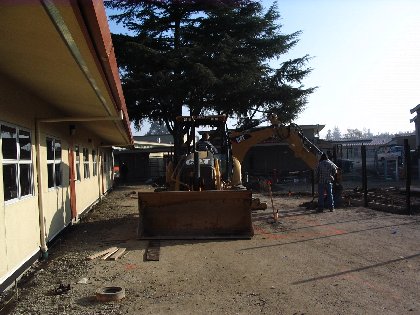 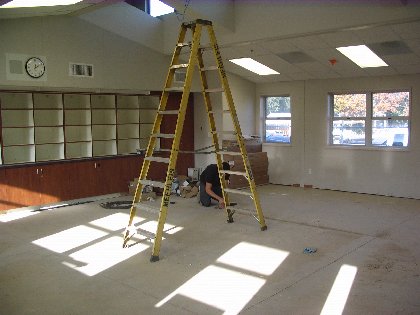 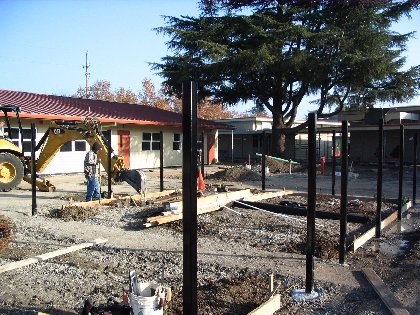 The following three files are time lapse images of the buildings being moved into their final positions.  Click on each to view the time lapse power point.
Once the file has opened click anywhere on the screen to begin the show. 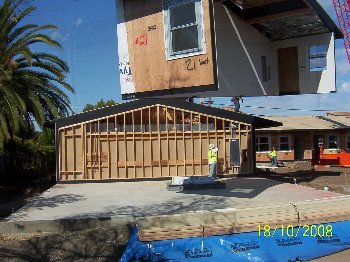 It Took Only 20 Minutes

Olympic High School's original room location for rooms 8, 9 and 10 passed into history today. What must have taken weeks, if not months, to construct, crumbled quietly, mostly unnoticed, into rubble in about 20 minutes. The much anticipated protest by former staff members who called these rooms their homes for many years never materialized. Several had vowed to chain themselves to the buildings preventing the bulldozers from doing their work. But in the end the demolition was witnessed by only a few passers by. A sad ending to what once housed dynamic teachers and eager students.

The district is in the process of providing Olympic with new buildings on the site along with a new Tech Center. Construction is expected to begin in August 2008.

To view additional photos of "The End of Rooms 8, 9 and 10" use the link below.  It may take a few minutes to load so hang in there!