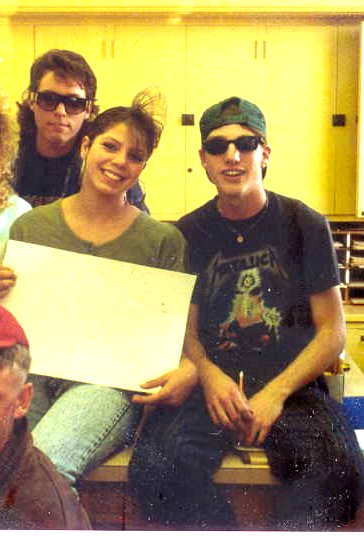 Michael Moore graduated from Olympic High School in 1990 and after spending a semester at DVC, decided he needed a change.   He always enjoyed working with his hands and so he joined the trades union and apprenticed with Local 741 for 3 years.  He then went on to apprentice as a carpenter for 4 years with Local 152.   Michael is presently working for Taber Construction Inc. and has been with them for 5 years.

In the way of a 'small world' story, Michael is the Project General Foreman for the present round of construction projects going on at Olympic.  "Returning to Olympic was a trip", Michael admitted.  The self described "little punk when I was in high school", remembers his days at Olympic as being the best school he ever attended.  After attempts at Clayton Valley High School, Concord High School, and County Day didn't work for him, Michael made his way to Olympic and discovered that Olympic was very different from any other school he had previously attended.

"The classes were smaller and I met a lot of great people.  I always got the help I needed and I was convinced from very early on that the teachers really cared personally about me", Michael said as he reflected about his time at the school.  "My favorite class was Project Community.  It was like a counseling group and we sat around on pillows and just talked about things that were important in our lives.  I made so many good friends in Project and the fact that what we talked about was totally confidential, it allowed us to open up in ways that you really couldn't do in any other setting.  It was a very positive experience."

In his current capacity as Project General Forman Michael has been involved in construction projects at many of the district's school including Bel Air, Meadow Homes, Hidden Valley, Concord High, Clayton Valley, and College Park.

We are always so pleased to welcome 'one of our own' back to our campus and discover how much of a positive influence Olympic was.  For those of you out there reading this, please contact us and let us know what you are doing now.  We would love to be able to tell your story on these pages. 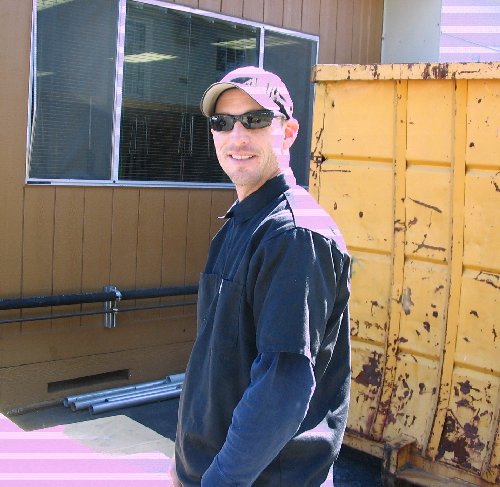