Teacher Has Made a Difference for 45 Years
by Teresa Harrington, Contra Costa Times
October 1, 2012 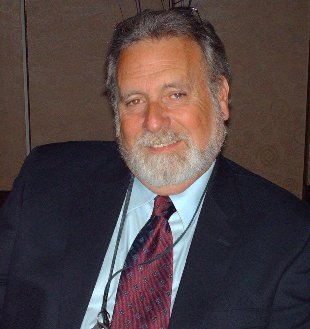 Concord, CA – When a student walks into Skip Weinstock’s office at Olympic Continuation High School, the 67 year old teacher immediately makes eye contact and asks what he can do to help.  “I focus on one student at a time, one moment at a time,” said the gray-haired, gray-bearded educator, who has taught at the school for 41 years.  “While you have my attention, you get 100 percent of me.”

Many students think the world of Weinstock, whom they call “Skip”.  They credit him with keeping them focused on school and helping them figure out what they want to do in life.  “Skip is the kind of person who will take you aside and say, “You need to get yourself together,” said Cookiey Ropati, a 17-year old foster youth living in Pittsburg.  “He is a father figure for me.”

Weinstock said he stayed at the campus for more than four decades because he is committed to working with those who have struggled in life.  Olympic accepts students who are behind in credits or who have difficulty fitting in at traditional high schools for a variety of reasons.

Because many students learn by doing, Weinstock cofounded the Service Learning Program on campus in 1976, in which students work in schools and other community organizations.  The exposure to new work environments encourages them to pursue careers or areas of study they might not have otherwise considered.  He and a colleague also began the school’s Leadership program decades ago.  Although another teacher took over for a few years, Weinstock is back in charge this year, getting students revved up for a mock election in November as well as an all school Holiday Dinner in December.

At one school board meeting where students were invited to talk about teachers who help and encourage them, Weinstock stood out for all the right reasons.  After hearing the comments, Mt. Diablo Unified School District Superintendent Steven Lawrence said: “We need to clone Skip.”

Weinstock also works as an educational consultant for Youth Homes, Inc., which serves foster youths, by helping place students in appropriate programs in local schools.  “I think I have a special place in my heart for people,” he said.  “My compassion and my drive and my motivation and my desire is to work with populations of learners who have not taken the easy road.”

Students at Olympic High School said Weinstock treats them with respect and understanding.  And he isn’t afraid to challenge them, despite their trouble keeping up with their peers at traditional high schools before transferring to Olympic.  “The challenges have to be tempered with an understanding of their experiences, so that what you’re asking of them you believe in your heart they can accomplish and you show them that you believe in them,” he said.  “I think that’s the key.”

Ruth Zetina, 17, said many students come to Olympic feeling there are no solutions to their problems, but Weinstock has helped them see that is not true at all.  “Students usually come into Olympic thinking, “I screwed up.  I wasn’t able to succeed, and they feel like there’s no hope,” she said.  “I think his program has helped us succeed in what we want and to not look back.”  Weinstock also expects them to figure out how to overcome mistakes.  “I want kids to recognize that when they do something they agreed they wouldn’t or shouldn’t do – that life goes on and you can make amends if you have to – and you don’t have to run away from your responsibilities,” he said.

Although he has reached retirement age, Weinstock said he has no plans to leave the job he loves.  His students are happy about that.  “He is keeping kids off the streets,” Ropati said.  “He is the best thing that ever happened to Olympic High School.”