Students Get Married at Olympic? 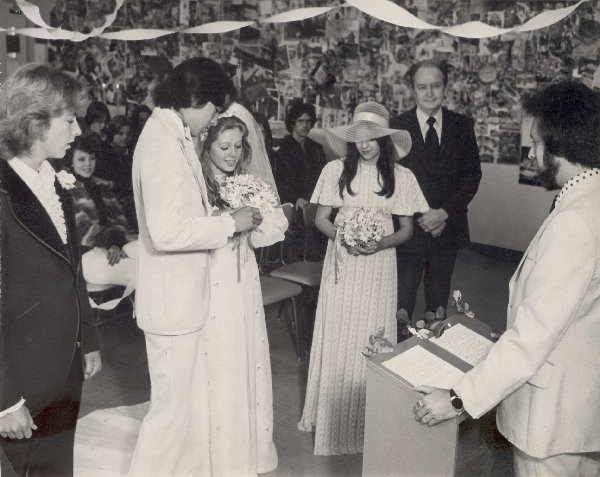 The wedding was brief, the honeymoon briefer.  That's how it went Wednesday morning when Olympic High School students Tammy McKay, 16, and Robert Tom, 17, were married - and then promptly returned to class.

Their 'mock' wedding, performed by teacher Skip Weinstock, evolved out of the 'living skills' section of Weinstock's business education class.

"They decided two could live almost as cheaply as one," said Weinstock, financial kingpin of a mock capitalist society he created for his class.

Weinstock, who advocates "experience-oriented instruction," set himself up as bank, landlord and bill collector.

Each of his 20 students earns $25 a day for attending class.  With their $500 monthly salaries (remember, this was 1977) which is what a high school graduate can expect to make on an entry level job, student must rent rooms or apartments, buy cars and - as did Tammy and Robert - even get married.

Transactions are handled with checkbooks also supplied for the class.  "These students are learning the intricacies of living on their own," said Weinstock.  "You just don't graduate, then go out and rent an apartment without knowing if you can afford it......it's not that simple."

Many students didn't realize they'd have to pay  first and last months rent as well as security fees and cleaning deposits.  Reading about personal finance in a textbook is not as meaningful as experiencing it, Weinstock says.  "When you have to pay $28 just to have a phone installed and then another $25 for a security deposit because you've never had a phone before....that's where the learning takes place."

Then there was the problem of the student who wasn't attending class regularly and couldn't afford his share of the rent.  His roommate was reluctant to pay out the money and asked Weinstock's advice:  "Throw him out and find someone to share the rent who comes to school every day and earns money.  That's a real life lesson."

Weinstock bills his students at the beginning of each month.  With the rent, utilities and whatever other bills they've acquired, students also must select 'surprise' envelopes.  The surprise could be anything from a $100 tax refund to a $400 auto accident.  If the student has purchased auto insurance then the accident is covered.  If not, a cash settlement will have to be paid.

Weinstock also teachers his students typing, record keeping and other general office skills.  But the biggest hit is his "living skills" section.  And students are taking their financial lessons seriously, it seems.  They managed talking area merchants into donating the gown, tuxedo, flowers and even a limousine for Wednesday's ceremony.  The invitations were printed on the school's mimeograph machine and the wedding cake was baked by a student.

Weinstock has more lessons awaiting the newlyweds down the road.  "When they come back to school in September, I'm going to give them kids to raise.  We'll see how far their money goes then!" 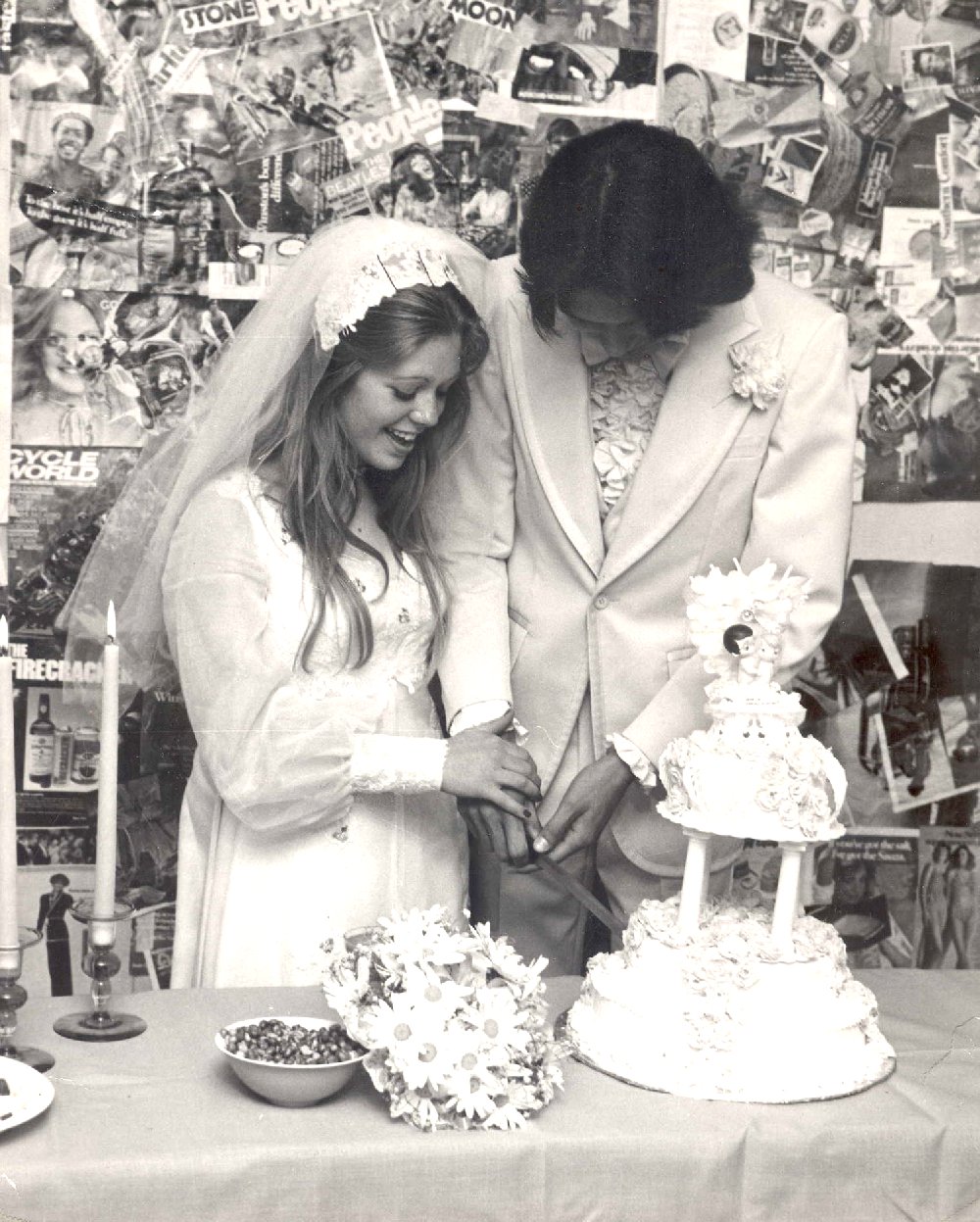 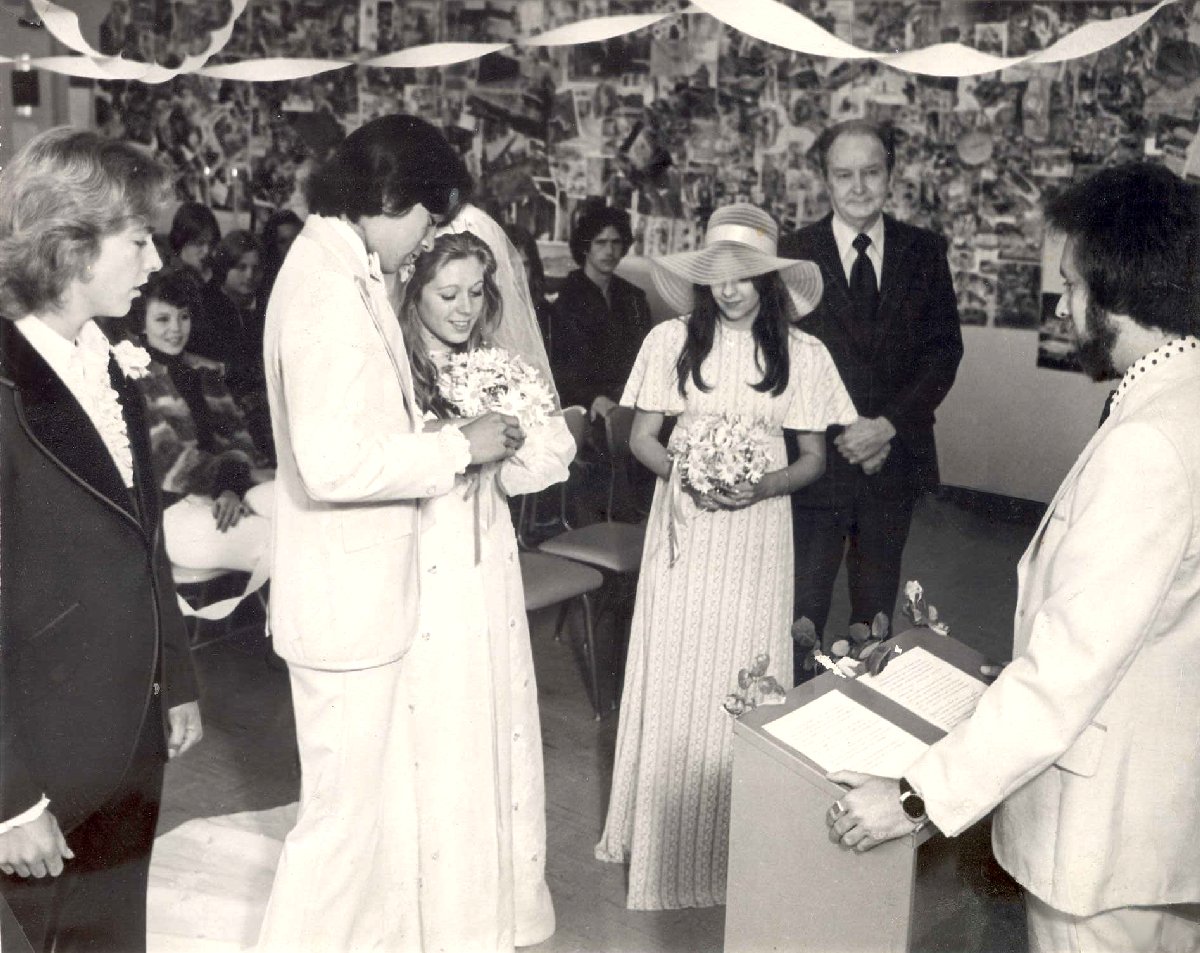 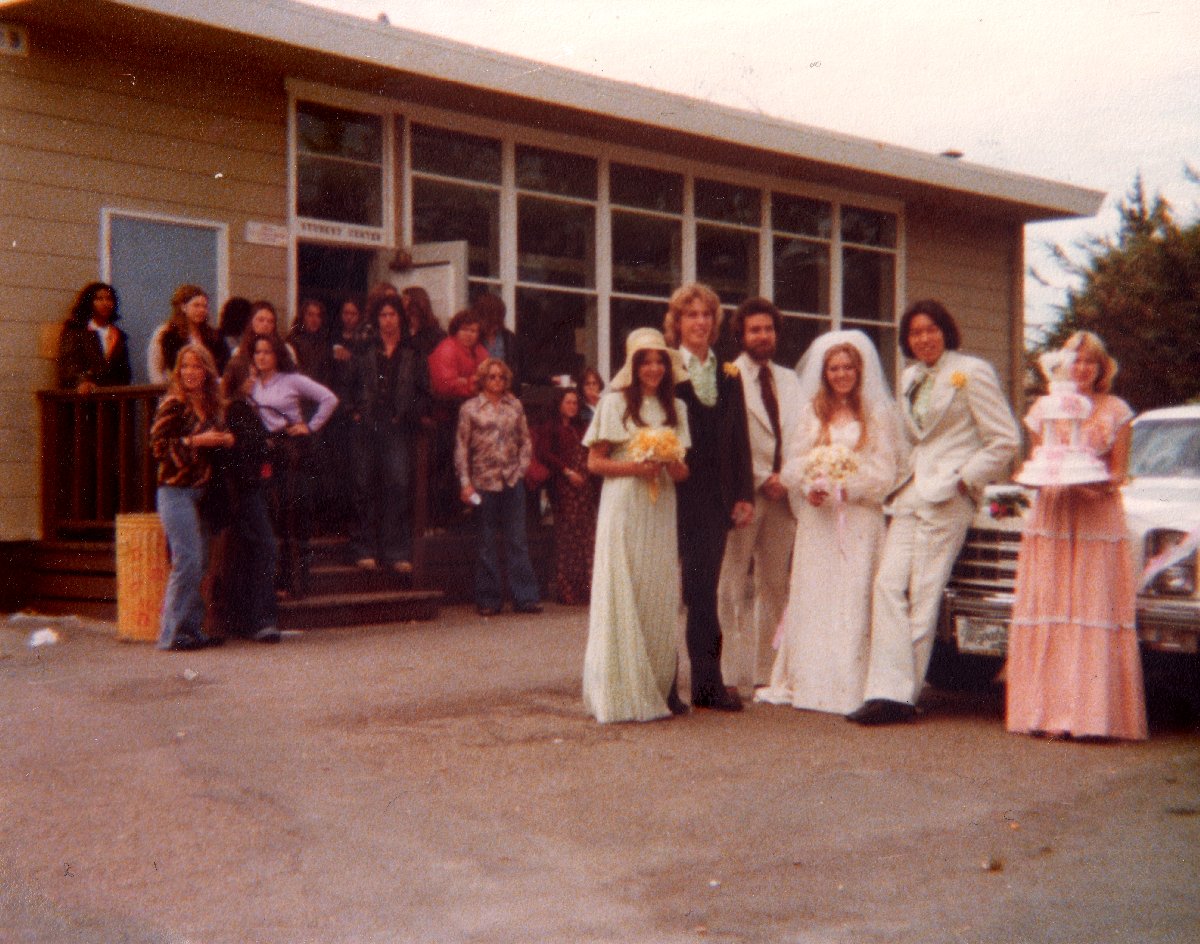