The purpose of the Mt. Diablo Alternative Education Foundation is to secure contributions and support from individuals, groups, businesses and other organizations for the benefit of alternative education students and programs in the Mt. Diablo Unified School District.

The MDAEF will expand and strengthen the network of academic and social support that empowers alternative students as they become productive, successful members of our community. 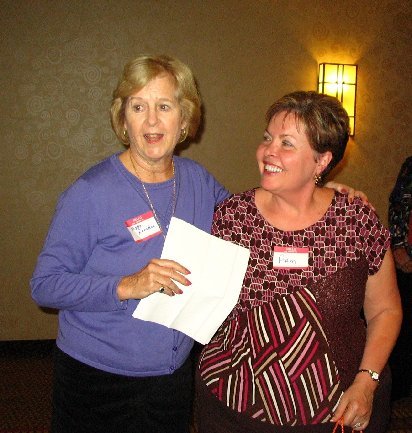 The Dick Allen award was established in 2006 to honor someone or a group of people who have contributed "above and beyond" to the alternative students and programs of the alternative high schools in MDUSD.

In 2008 the Dick Allen Award was given to Peggy Raisbeck, (pictured on left).  On hand for the ceremony were this year's award recipients  as well as Peggy's family, friends, and supporters of the Mt. Diablo Alternative Education Foundation.  Peggy has been intstrumental in providing much needed financial assistance as well as her heart, to the students of the Mt. Diablo Alternative programs for many years.  In addition to her weekly contacts with students and staff, Peggy has provided a yearly scholarship which is presented each year at graduation, to assist students to be able to attend college.

Peggy has been our wonderful guardian angel for so many years and this award could not go to a more deserving recipient.

Maintained Heart Funds at each school. These funds are used for critical/emergency student needs such as food, transportation, and clothing 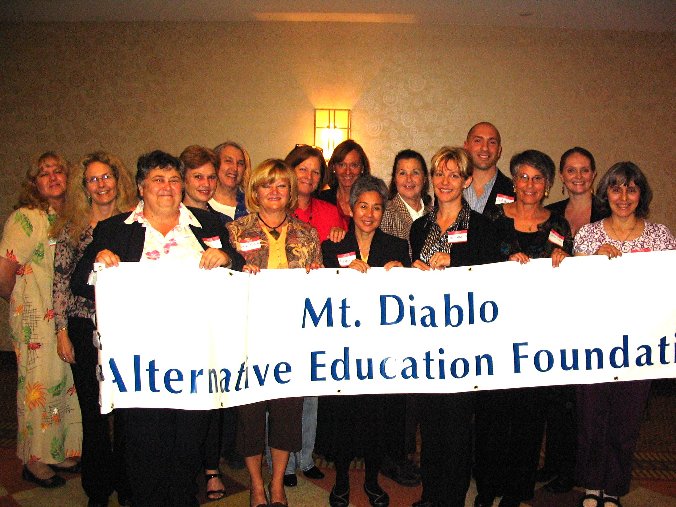 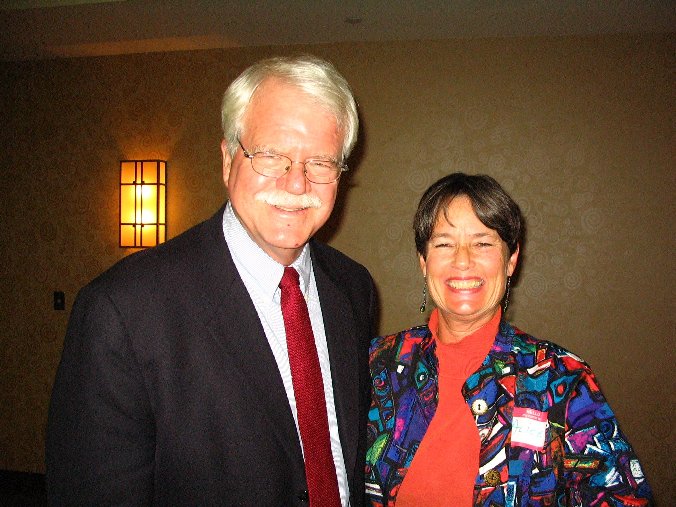