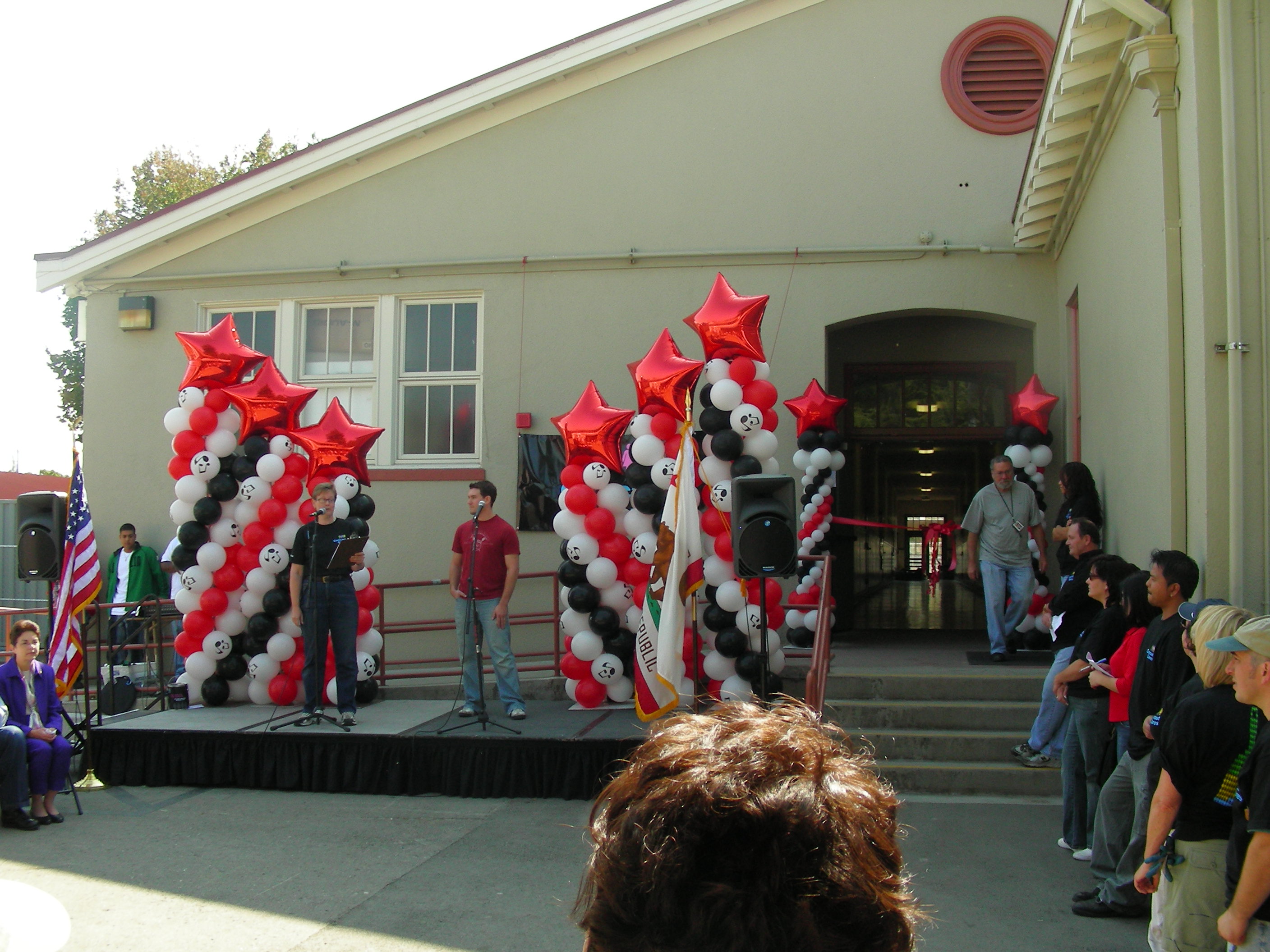 Each year, the Comcast Company sponsors a contest in which it selects schools from throughout the United States and designates them as a 'Comcast School'.  If selected, Comcast fulfills a 'wish list' submitted by each winning school participating in the contest.  We are happy to report that Olympic High School was selected as a winner this year.

Our 'wish list' contained many small but important items such as new white boards in every classrooms and new world maps for our social studies classes.  But in addition, the list contained more substantial items including new benches and picnic tables, and a state of the art music recording studio whose construction had begun several weeks prior to the big day.

Hundreds of Comcast employees and Olympic students and staff turned out to beautify the campus with landscaping, plants, and mulch.  Volunteers worked both inside and outside the classrooms cleaning walkways, washing windows and desks, and steam cleaning carpets.  The offices and staff rooms were cleaned from top to bottom. 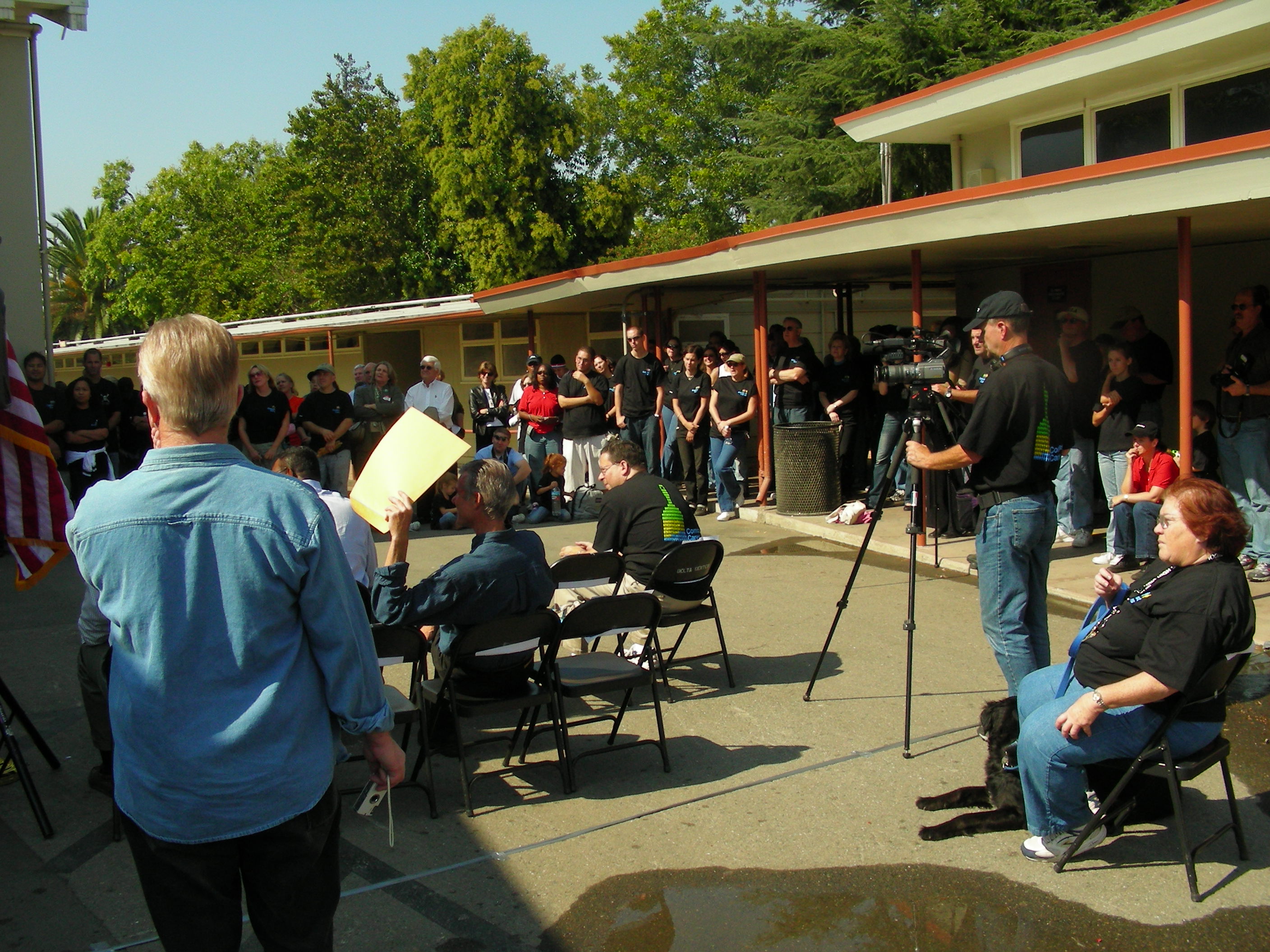 Comcast employees and their families along with Olympic students and staff worked all day and shared a wonderful lunch supplied by Kinders of Concord.  Many local dignitaries were on hand for the grand opening of the Olympic Recording Studio and participated in the ribbon cutting.  Those on hand to share in the celebration included Board President Linda Mayo, Superintendent Gary McHenry, Director of Alternative Education, Margot Tobias, Congressman George Miller, County Supervisor Mark de Sauliner, and State Senator, Tom Tolarkson.  Many others participated to show their support for the Olympic program, and spoke about the importance of alternative education for students deemed 'at risk'.  Congressman Miller, who has an ongoing relationship with Olympic and meets often with the Government classes, indicated that he speaks often about the Olympic students to the President of the United States.  Miller referred to the Olympic program as one that turns 'coal into diamonds'.   His admiration for the students of Olympic who come looking for a second chance was straight from the heart.

Comcast donated  over $100,000 in goods and services and granted another $50,000 to the Mt. Diablo Unified School District's Alternative Education Foundation.  In addition, they contributed $30,000 toward upgrading our technology on campus.  The presence of these wonderful supporters not only underscores the wonderful work done on behalf of Olympic by Comcast, but is also a tribute to the work that the staff does on behalf of its students on a daily basis.  We wish to thank all of the Comcast employees and their families who gave so much to make this day so special.

We look forward to hosting Comcast's Mr. Andrew Johnson as 'Principal for a Day' at Olympic on February 26, 2007.